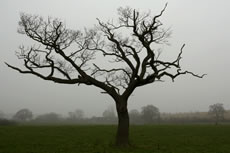 Every year, almost 10% of the adult American population could be diagnosed with a form of depression. There are several forms of depression, including major depression, biplor disorders, dysthymia, and seasonal affective disorder. A brief description of each is given below:

Major Depression – a person with depression usually reports a a pervasive low mood, a loss of interest in usual activities and/or a diminished ability to experience pleasure. Other symptoms include feelings of worthlessness, fatigue, changes in appetite, sleep difficulties, difficulties with attention and concentration, and thoughts of suicide.

Bipolar Disorder – is characterized by alternating states of mania, hypomania and depression. In the United States, bipolar disorder used to be called “manic depression”, but this term is not used any more in the medical community. These states can last for weeks, days, or months.

Dysthymia – is a chronic pattern of low mood that is experienced almost daily over a span of at least two years without episodes of major depression. The symptoms are not as severe as in major depression.

Seasonal Affective Disorder – Seasonal affective disorder or SAD is diagnosed when a person has normal mood during most of the year, but depression during the winter months.

Grief, Bereavement, and Loss – Grief, bereavement, and loss are normal parts of being human. However, sometimes they can lead to or complicate already existing depression.

If you are experiencing the symptoms of depression and would like to discuss treatment options with one of our therapists,

or contact us through the secure, confidential form below: